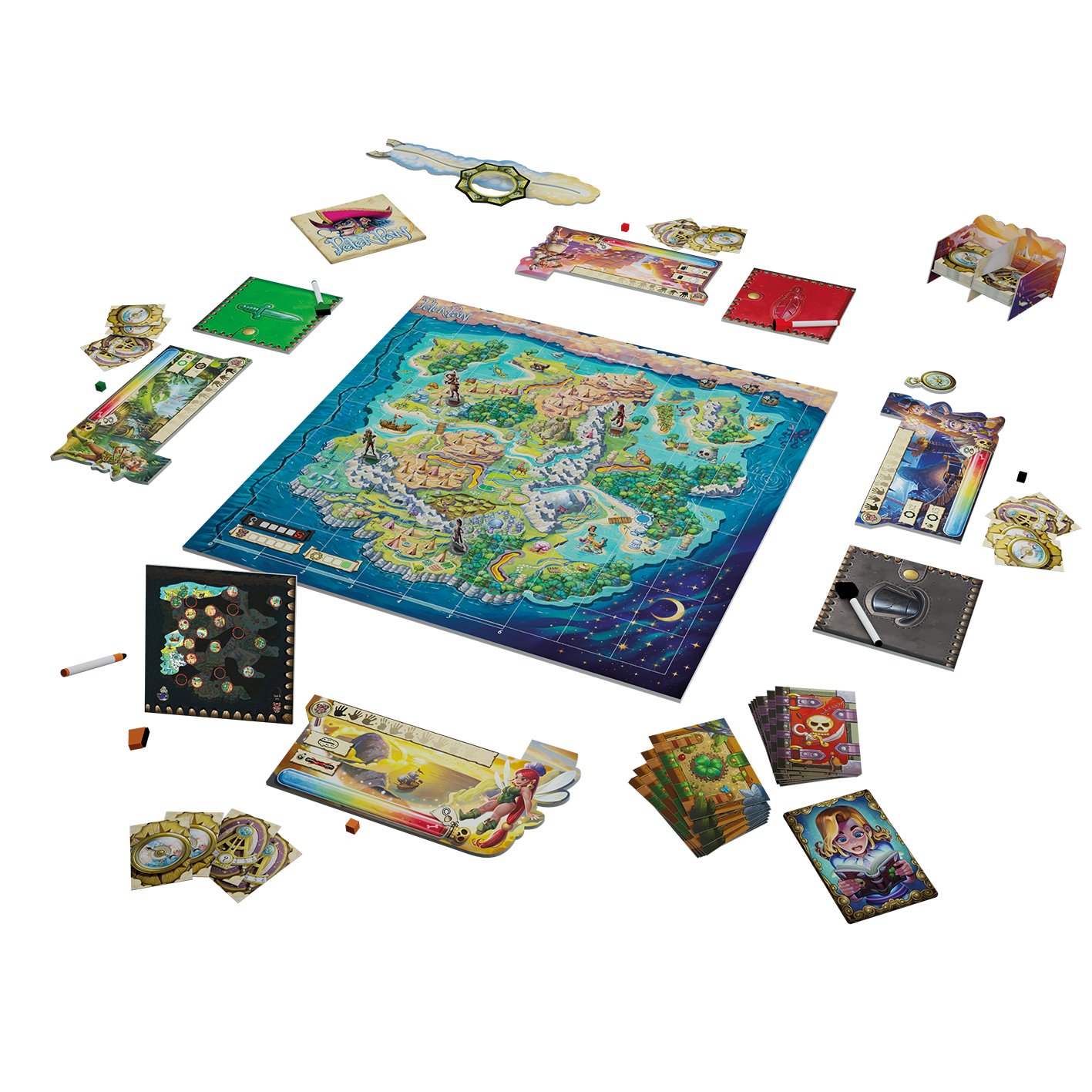 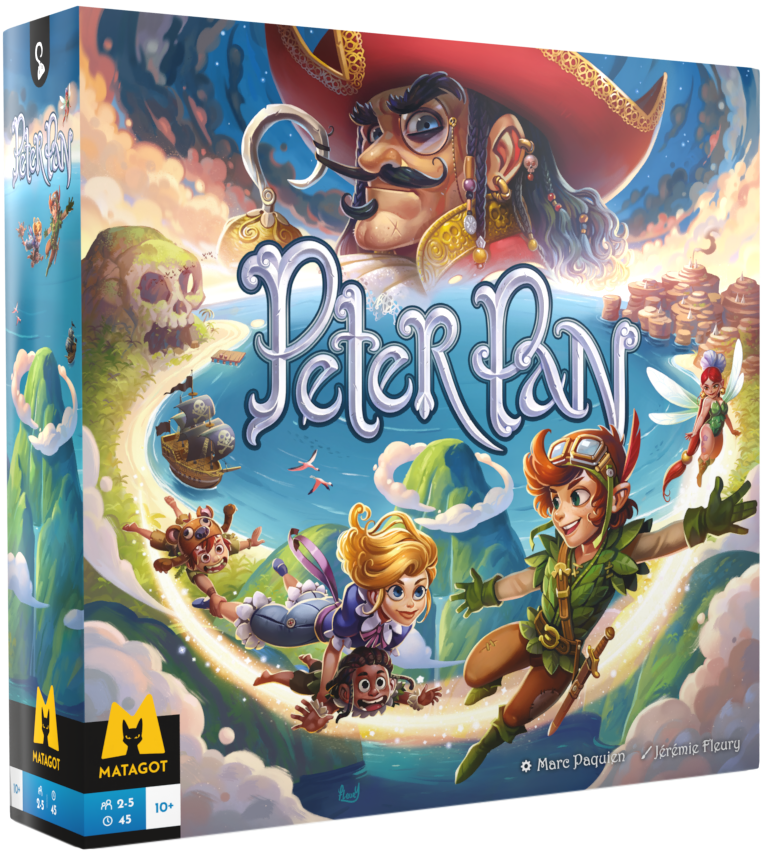 Welcome to Neverland! Become Peter, Wendy, or many others. Go out on a quest to find the Lost Children who...got lost on the island.

Explore every location, lead the other players wisely to finding some of the Lost Children. You will need to co-operate to find them all. After the game, the island will change for the next time those children lose themselves — and you know it will happen again!

After choosing your character and learning about your special abilities in Pan's Island, each player is responsible for hiding a pirate and a Lost Child. Thanks to a hand of clue cards representing dreams made by the characters, each player can give clues on the location of the Lost Children or the pirates to avoid. These clue cards are played on another player's board by placing them on a "scale of relevance" ranging from "Exactly" to "Not at all". The player then needs to correctly interpret the clue to move around and search for the Lost Children in the correct area. The game is won when five Lost Children have been found, but it ends if you encounter the pirates more than twice.

At the end of a game and depending on your success, event cards will change the topology of the island, bring in new rules, and determine how you pursue your adventure. If you've lost, the island may become easier to explore or make you more powerful, but if you've won, new obstacles appearing on the island will make your new adventures a bit more difficult quest. 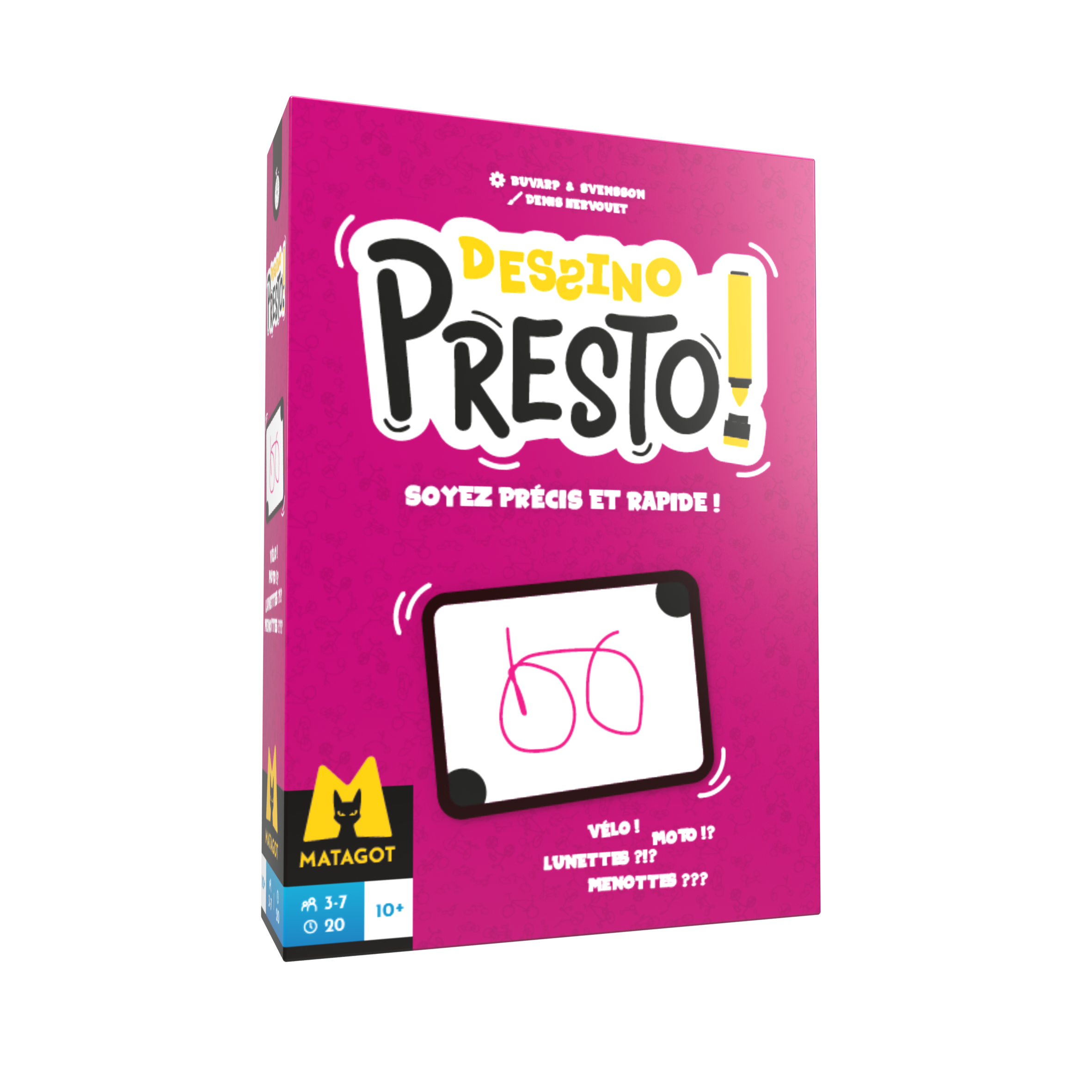 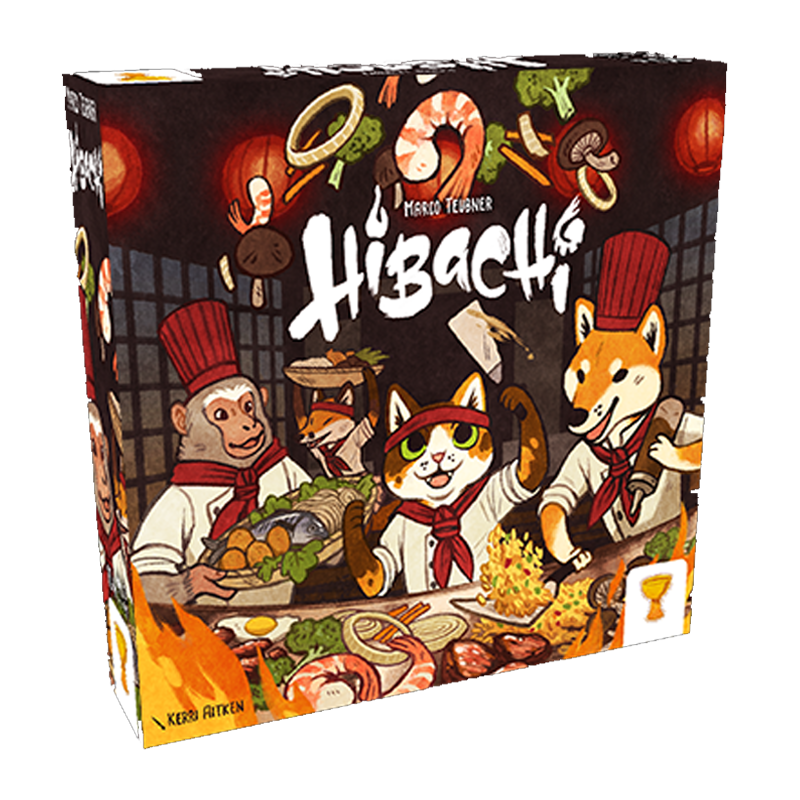 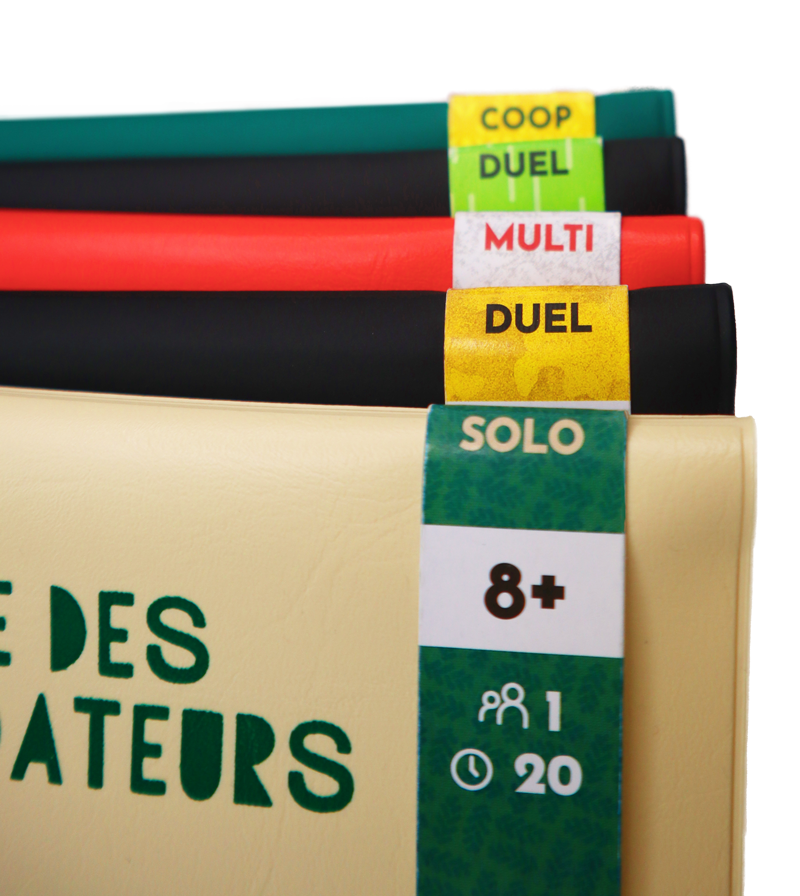 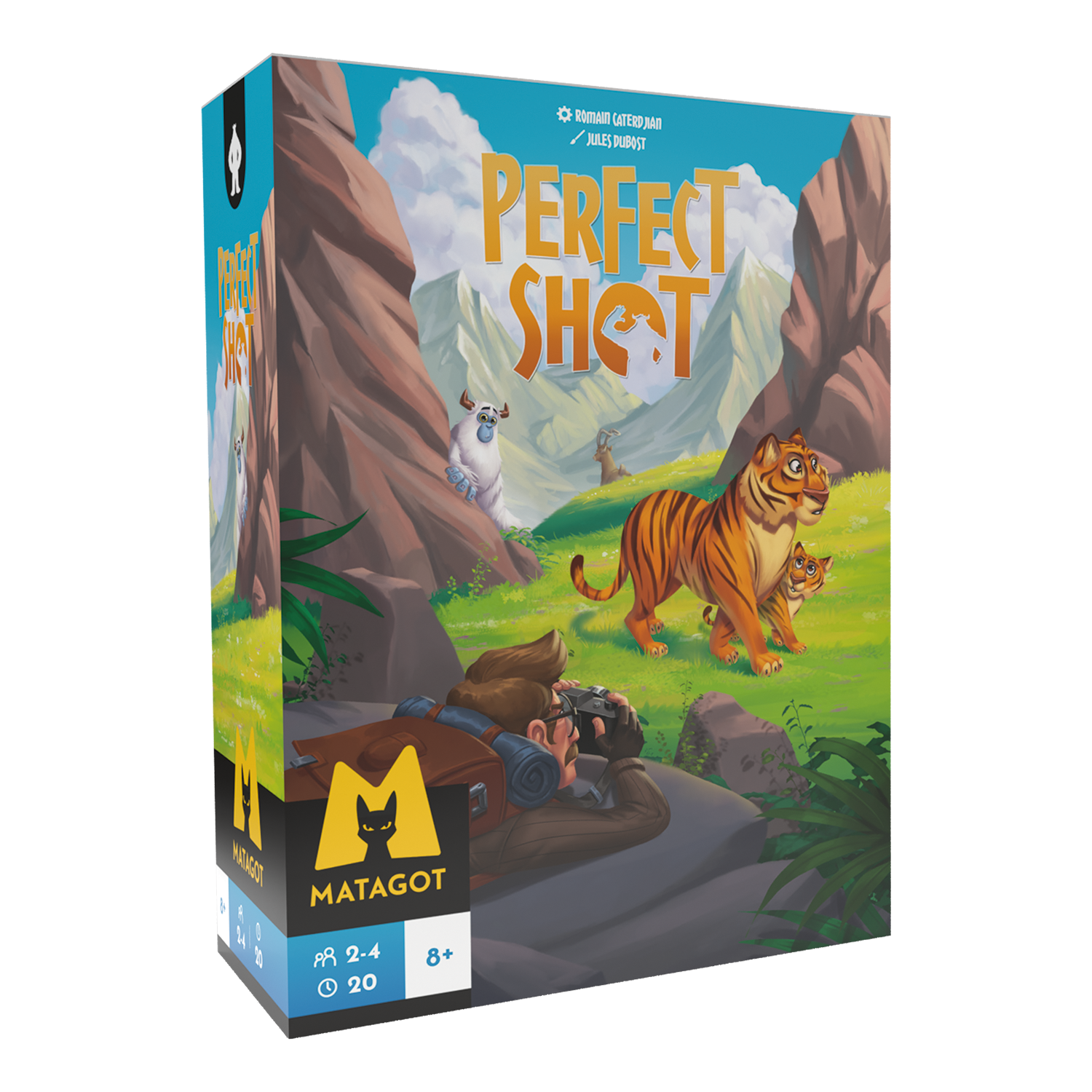 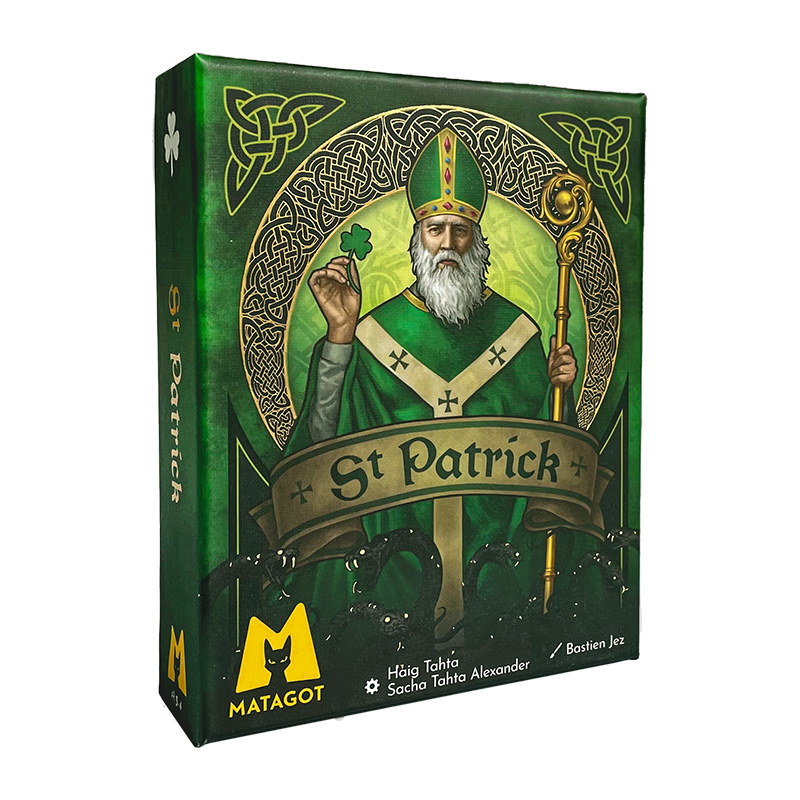 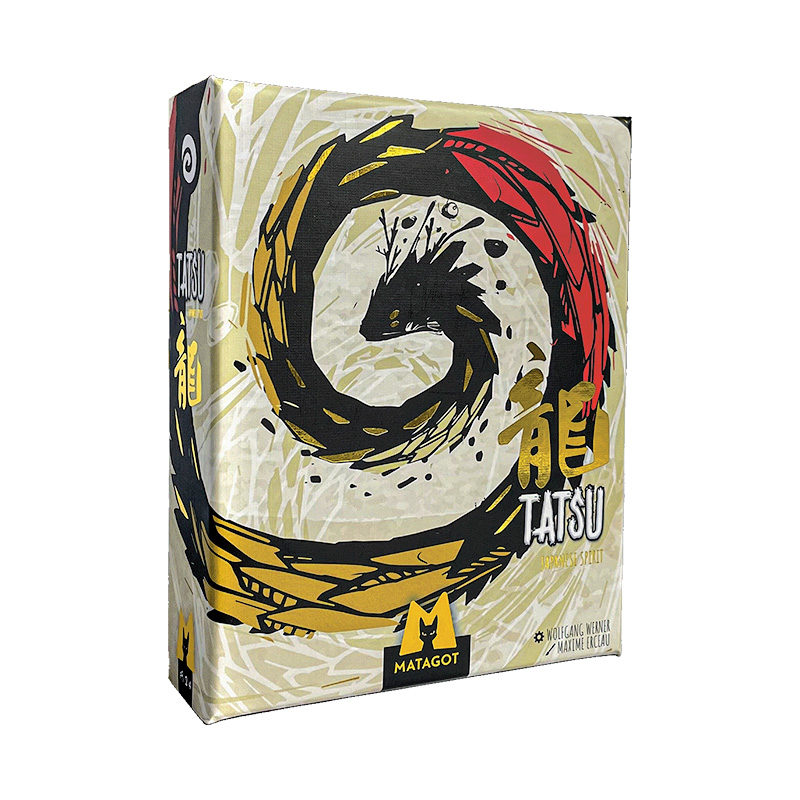